I am using VirtualBox v4.1.16 r78094 on a Windows 7 x64 PC and my VM’s networking configuration is configured in “bridged” mode. As I was working on capturing a Windows 7 image to deploy for my company, I came across a strange issue. My VirtualBox VM was unable to PXE boot into the WDS environment. Other physical machines were not having an issue, just the VirtualBox VMs. When attempting to PXE boot, I would see this error. 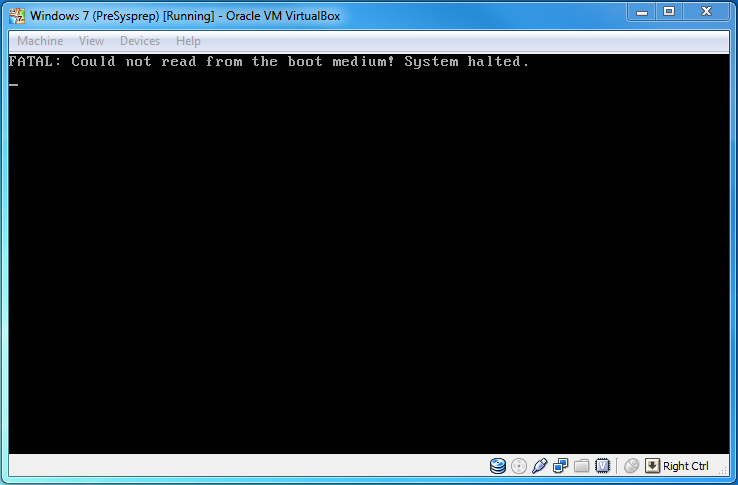 FATAL: Could not read from the boot medium! System halted.

In the above screenshot my virtual network card was in bridged mode with the adapter type set to “Intel PRO/1000 MT Desktop (82540EM)”. To troubleshoot and see if the adapter type was the issue I changed it to “PCnet-FAST III (Am79C973)”. Doing this, I was able to get a little further, but still had problems. 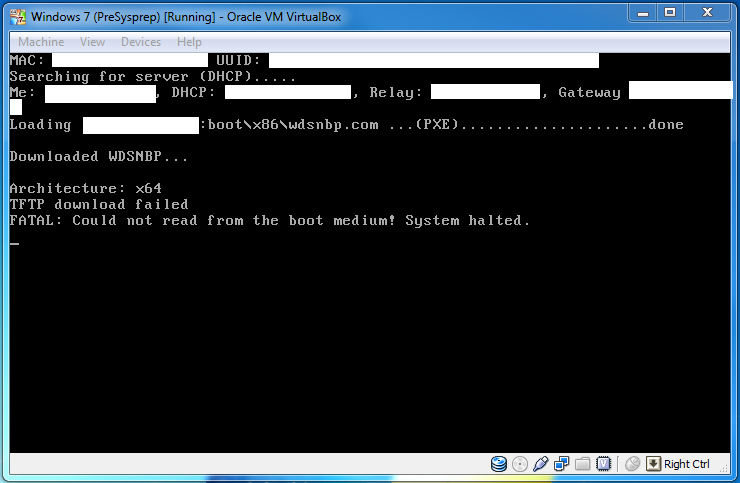 After some research I found that I needed to install the Orcale VM VirtualBox Extension Pack. It can be downloaded from the VirtualBox.org Download Page. Once installed, I changed the Adapter type back to “Intel PRO/1000 MT Desktop (82540EM)” and was able to successfully boot into the WDS environment! 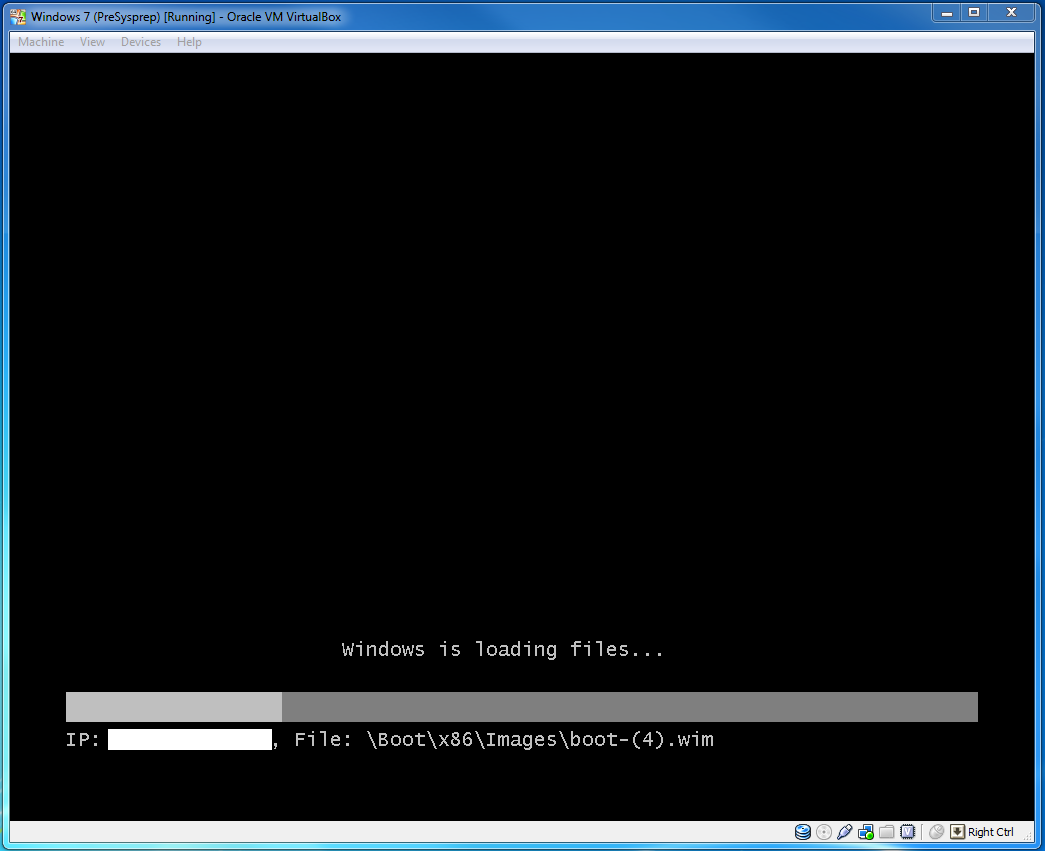