It’s been since 1996 and the Green Bay Packers have brought back the Lombardi trophy back home! I’ve been itching to purchase some Packer attire since early this season but I’ve held off. Now, I’m feeling the need to go purchase some Super Bowl XLV Championship hoodies! This is the first time they’ve won the Super Bowl since I’ve been following the NFL. It’s great to feel like we (the fans) are a part of it! Go Pack!

Also, I didn’t catch this as I was in and out of the room but apparently, Christina Aguilera messed up the lyrics singing our Nation Anthem, The Star Spangled Banner. I’m not a fan of Christina’s but I can understand getting lost in the moment! :) I’ve made the EXACT same mistake while singing it… But, I’m usually singing in the shower. I’m not usually singing it during a Super Bowl that is tied in ratings for the highest ever! 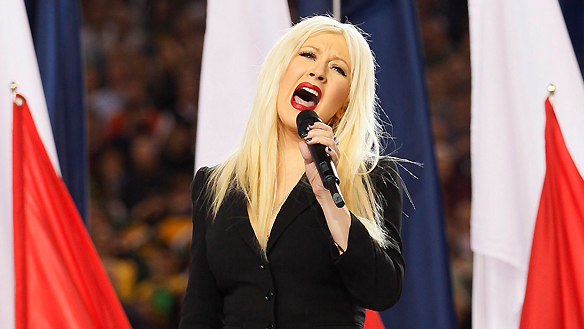 Oh, and the best commercial? Snickers. I didn't pay much attention to the ads this year as I truly was more focused on the outcome of the game but when this commericial came on it was great! I was enjoying it and having a good time... Then Rosanne appeared on my TV... Ugh, My smile quickly left! Then she was CRUSHED BY A LOG! LOL! My smile was back and better than ever! If Rosanne would get crushed by a log every time I eat a Snickers, I'd eat a lot more of them! Snickers anyone?