What I Learned and How To Improve Our Tornado Preparedness (Video)

I’m posting this because it’s Severe Weather Awareness Week and Sunday night is still fresh in my mind. For more information on how to stay safe during tornadoes and more check out ReadyWisconsin.

I can’t say that I’ve ever had the “It’ll never happen to me” attitude. I would find that attitude very arrogant. However, If you were to ask me before Sunday night how we could improve our safety preparedness around the house I probably would’ve had to think about it for a while. Well, I learned a lot that night on April 10th, 2011 when the Kaukauna, WI tornado decided to move in across the street. The bottom line is we weren’t as prepared as we should’ve been. Though there were a couple things that went well there was definitely room for improvement. 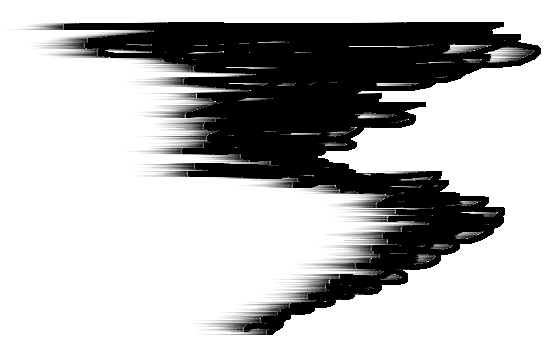 As you’re probably aware by now, Jess and I love to chase storms and have been through the courses from the National Weather Service (NWS) to become volunteer storm spotters. It’s definitely a rush and we enjoy that, but, what you may not know is that storm spotters play a critical role in the NWS getting severe weather and tornado warnings out to the community as fast as possible. Because of this, you’ll rarely find us home when there is severe weather in the area. However, our experiences on Sunday have taught us that even though we may not be home when the weather hits there are still some things we can do to help in the event we return and have a difficult time finding where the tornado decided to place our house… For the record, I prefer to find my house where I left it!

Before I cover the things I’d like to improve, I’d really like to explain what went well.

When the storm was approaching and there was a potential that we would need to go into the basement I decided to open up the doors to the basement. This may not sound that important, but to get into our basement there are two doors. One of which is an old cellar/trap door. Rather than fumble with this in an emergency I wanted them both open so we could get down there in a hurry, which surprisingly we needed to do. Of course, I did this before going outside to film!

Jess and I never really discussed it, but we both knew the best location in our basement when the tornado hit. Hooray for another thing that went well! We live in a house that turned 120 years old this year and because of that it had an old cistern for storing water. It’s a small area (about 5ft x 10ft) with thick cement walls and obviously it no longer stores water. This is where we’re seen ducking down in the video. We’ve kept this place open and we don’t store any possessions in it. This is good because the tornado could’ve possibly turned those valuable possessions into flying, death causing, debris. The cement walls would hopefully protect us from any other debris brought into the basement. Thankfully, the tornado was across the street from us and this wasn’t an issue.

For the most part Jessica and I stayed relatively calm… Please allow me to use the word “calm” loosely! Obviously, there were some scary moments but we were able to keep a level head and make the decisions we needed to in order make sure we were all safe. An example would be in between the two videos, after we saw the tornado and were trying to get to the basement, there was a moment we couldn’t locate our German Sherherd, Jetta (aka. PeePee McTinkle, Tootie McDoodie, Tootie, The Tudes, and more). Yelling for her to come made her come out of her kennel and reveal herself but she wouldn’t come all the way as the tornado was approaching the house. Keeping a level head, I eventually spoke in a soft, gentle voice and she finally came the rest of the way and I was able to then lead her to the basement.

So now the tornado has moved through our neighborhood, the power is out, and we’ve been thrust back in time to a time before electricity. How were we not prepared?

We didn’t have a flashlight in the basement. You may have noticed this from watching (err listening) to the video after the power went out. We had one upstairs and I knew exactly where it was but didn’t grab it on the way downstairs, a lot of help that was! Though we did fine without it in this situation, it could’ve become very handy if my basement was completely rearranged! Matthew Marmor from Calumet County’s Emergency Management was observant enough to notice this in my video and surprised me with a rechargeable flashlight when I showed up for the annual storm spotter training last night! HA HA! Thanks again Matthew! :)

We didn’t have backup batteries for our sump pumps. Yes, the word pumps is purposefully plural! In our older house we have plenty of water that likes to make its way into the sump wells, and usually on to our floor. Both pumps run at least once every hour, maybe only every two hours on a dry day. We were lucky that we keep everything on pallets and that power was restored relatively quick which kept the amount of water on the floor to a minimum.

We should either produce more ice or purchase a generator. Something that I never thought about was the fact that all the food in my refrigerator could’ve went bad due to the lack of power. We have an automatic ice maker (which I turned back on the day before) in our freezer and this helped because we were able to put most of the perishables in a cooler after the tornado came through. Unfortunately, we don’t have enough room to make as much ice as needed and therefore we couldn’t store everything we wanted. The next day we ended up having to toss some food out.

The tornado was a lot closer than I thought. In the footage you see of the tornado I found that the tornado was A LOT closer than I thought. I thought it was at least a good mile away. This thought ended up being completely wrong! I might as well of been looking at it using a passenger side mirror as it was definitely “closer than it appeared”. I looked like the tornado came right down 10th street. A street I drive everyday to work. When I was driving into work the next day I was expecting to see damage all the way down. However, I found that 10th was really only damaged 2-3 blocks away from my house. This means that when I saw the tornado and thought that it was a good mile away, it was in actuality only 2-3 blocks from my house! The fact that it was at night probably didn’t help much either as it was pretty hard to see it.

To wrap up I’d like to summarize a list of the things I mentioned above. This is be NO MEANS an all-inclusive list. There are plenty of resources online (such as ReadyWisconsin) to help you become more prepared for severe weather. Please look at this list and apply it only if it fits your situation! The next time my family will be ready!

There are so many people to thank in the community when it comes to this storm. However, the people that impacted us the most was the service and commitment shown by Kaukauna Utilities! The tornado took out our power at about 8:30pm and Kaukauna Utilities had got to work VERY shortly after (I’d estimate within 30-60 minutes). Power was restored to my residence at 5:40am the next day! Seeing all the damage (including to power poles and lines) my wife and I were SHOCKED (pun intended) that they were able to restore our power within only 9 hours! Thanks KU!

I hope you found this an interesting read. More so, I hope that some of the information in here has maybe shown you some flaws in your preparedness. Every situation will be different and if you ever have to go through something like this, I’m sure you’ll discover entirely new flaws! Try to think of what flaws could exist in your home and don’t hesitate, make the changes now!